Posted on 22nd November 2021 at 16:44
A full week has gone by since the great and the good, the diplomats and politicians, the journalists and lobbyists, the lawyers, economists, pundits, activists and anyone who could dream up a reason to be there finally packed their respective wheelie bags and left Glasgow at the end of COP26.
And as usual the biggest gathering of climate players on the planet was a game of two halves. Simultaneously energising and exhausting, the combination of highs and lows, hope and despair, light and dark, certainly put climate at the heart of global consciousness and – for the first time ever – the lead story on every media channel for hard news. This is a dramatic change, a real paradigm shift in how climate information is perceived and indeed scrutinised. And the public voice was loud and clear – we need action and we need it now. 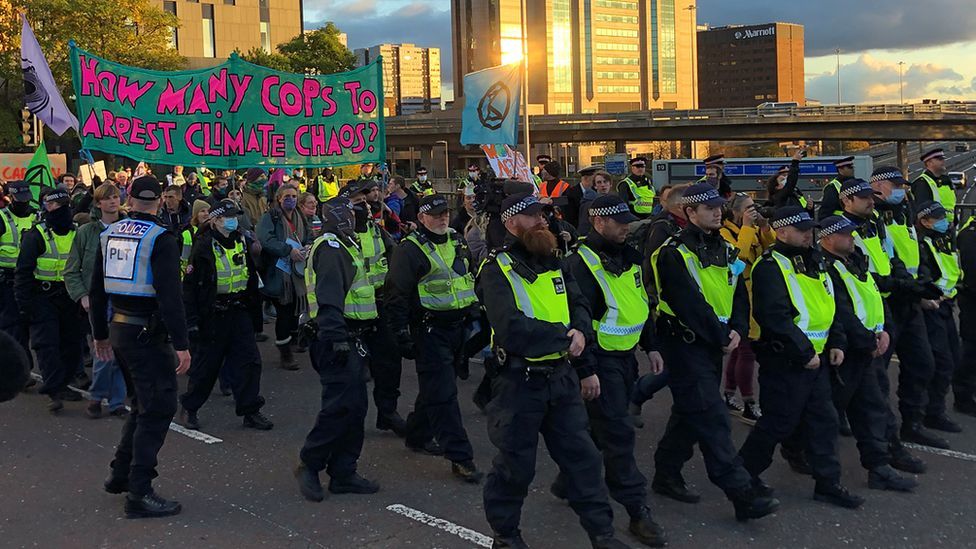 The Glasgow Climate pact is really a milestone in incremental progress - but progress all the same. The pact was the final decision adopted by the 196 Parties to the Paris Agreement and reaffirmed the goal of limiting the increase in global temperature to well below 2°C and if possible, under 1.5°C, above pre-industrial levels. It was unprecedented in that it called upon the Parties to accelerate efforts “… towards the phasedown of unabated coal power and phase-out of inefficient fossil fuel subsidies”. While the initial text declared an exit of fossil fuels and related subsidies, the words “phase-down” and “inefficient” were added by India, supported at the last minute by China, diluting the initial boldness of the Pact and resulting in a less robust outcome particularly in terms of taking coal out of the global energy mix than had been hoped for.
And yet, it is significant that the Pact recognised that current Nationally Determined Contributions (NDCs) are far from on track to reach this goal. The 1.5°C goal requires greenhouse gas (GHG) emissions to be reduced by 45% by 2030 compared to 2010 levels, yet current NDCs amount to a 14% increase of GHG. The COP Presidency therefore called on Parties to revisit and strengthen the 2030 targets in their NDCs as necessary to align with the Paris Agreement temperature goal by the end of 2022. And – highly significant – is the call to review these targets annually, rather than once every five years, allowing for greater scrutiny on how the targets are being met.
Other headlines include the Global Methane Pledge - one of the big outcomes of COP with the US and the EU announcing a global partnership to cut emissions of methane by 2030. The pledge commits signatories to reducing their overall emissions by 30 per cent by 2030, compared with 2020 levels. The US government also published its methane emissions reduction global action plan – a detailed blueprint of how it intends to meet the goal. The new initiative emphasises making cuts by tackling methane leaking from oil and gas wells, pipelines and other fossil fuel infrastructure, and other key sources including livestock farming and decaying waste in landfill sites.
Global deforestation to end by 2030 - more than 100 world leaders promised to end and reverse deforestation by 2030. This was in fact the first major deal agreed during COP26. Brazil - where vast stretches of the Amazon rainforest have been cut down - was among the signatories. The pledge includes almost £14bn ($19.2bn) of public and private funds. And the inclusion of biodiversity and the real value of ecosystem services was front and centre in many conversations - another leap forward in creating a more holistic understanding of the impact of global warming.
The compromise agreement reached on the rules for international carbon markets under Article 6 of the Paris Agreement was another milestone. The new rules aim to avoid double counting of emission reductions by preventing more than one party claiming the same emission reduction towards their climate commitments (for example a Nationally Determined Contribution).
Climate finance and GFANZ – the Glasgow Financial Alliance for Net Zero. The alliance is made up of more than 450 banks, insurers and asset managers across 45 countries, and stated it could deliver $100trillion to support economies transitioning to net zero over the next 30 years. There were strong words of caution though – according to Mark Campanale, founder of the financial think-tank the Carbon Tracker Initiative and a member of GFANZ’s advisory committee, $130tn of assets are not “aligned with net zero today” but that “there is ambition for the assets to be aligned” in the future. He added that no group involved in the expansion of fossil fuel projects could claim that it was on a pathway to net zero.
From a personal perspective, I left Glasgow with a sense of optimism. Whilst there is a lot more to do to - as the slogan goes to “keep 1.5 alive” - we are definitely in a better place now than we were when the conference began. My three key takeaways aside from the formal outcomes can be summarised as
• The public wrath and calls for accelerated action have been heard loud and clear both on the streets of Glasgow and within the formal negotiations
• The connections between the climate crisis and the broader ecological crisis are clear
• The work on disclosure to make commitments real – and crucially to allow for scrutiny - has seriously advanced.
So now to see what happens next - and remember, the UK still holds the reins of the COP presidency for the next 12 months before handing them over to Egypt on the 8th of November 2022. We simply cannot afford any let up in pressure in keeping up the pace to build on the summit’s progress, leading the global charge towards net zero.
Tagged as: biodiversity, COP26, net zero, progress, public voice
Share this post: